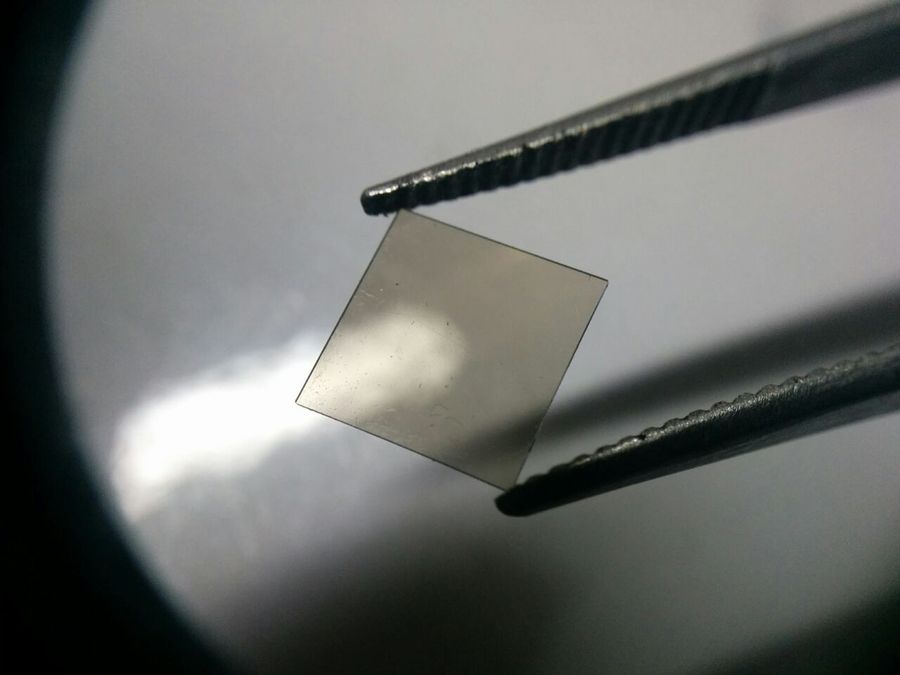 How are Lab Grown Diamonds Made?

How are lab grown diamonds made, really? Are they all identical? Are they super cheap? Where are these labs? Read the truth.

How are lab grown diamonds made, really? While you might think that diamonds’ relationship to ice exists only in pop culture, these two natural elements have more in common than hip hop lyrics and shiny grills. For instance, both can be made by nature—and by humans. Hear me out.

When you make ice in your freezer at home, it’s still ice, right? I know my cocktails would resoundingly agree. In the same vein, lab grown diamonds are still diamonds. Only, mimicking the geological processes found in nature to grow gem-quality diamonds at home…okay, maybe not at home. Let’s go behind the scenes to learn more.

The Nerdy Side of Lab Grown Diamonds

Deep in the crust of the Earth, natural diamonds are formed with intense pressure and heat, forced to the surface through volcanic eruptions before mining ever begins. This unique process has forever fascinated us mere mortals, and while we’ve long tried to recreate it, it hasn’t been until recently that gem-quality lab grown diamonds have really made a name for themselves.

Today, cutting-edge technology has made it possible for us to replicate a diamond’s natural growth in highly controlled environments, resulting in lab grown diamonds that are identical to a mined diamond chemically, physically, and optically. And there are two common methods for doing just that. Let’s review the acronyms!

The first and original method, High Pressure High Temperature (HPHT) starts just like your garden, with a tiny diamond seed!

That seed is planted in pure carbon, placed in what amounts to an oven, under very high pressure and heat. And ta-da! Ok, so I’m simplifying a bit, but you get the idea, right?

The seed acts like a diamond template and the carbon bonds to it layer by microscopic layer to create a rough diamond crystal which can then be cut and polished into its final brilliant form.

At the moment, the largest, whitest diamonds on the market are grown with HPHT.

The second method, Chemical Vapor Deposition (CVD), is a more modern technology, yet similar in that it starts with a thin slice of a diamond seed.

That slice goes into a super-hot (though not as hot as HPHT) sealed chamber—a plasma reactor—which is then filled with carbon-rich gas.

Then, with lasers or microwaves (now we’re cookin’), those gases are ionized to molecularly bond the carbon to the seed and voila. You guessed it. Diamond.

CVD is best at producing 1-3 carat diamonds in the J-G range. Often, CVD diamonds are treated with HPHT to improve their color.

Just like what happens 100 miles below the Earth’s surface, when growing diamonds in a lab, carbon is bonding to carbon to create our sparkly little friends. And similar to the Earth, changes in growing conditions can result in changes in the diamond, like clarity characteristics or a variety of colors. But, unlike the billions of years it takes for the Earth to form a diamond, lab grown diamonds can be created in just a few weeks (the bigger you go, the longer it takes)!

Depending on the equipment capabilities and the desires of the manufacturer, lab grown diamonds might be produced in large batches or one at a time, which often results in larger stones. In fact, just a few years ago a group of scientists at Germany’s Augsburg University grew a 155-carat diamond using CVD. It’s believed to be the largest lab grown diamond, though due to its shape it has more use in applications other than fine jewelry. Because just like diamonds found in nature, we can’t all be the cream of the crop.

Even though lab grown diamonds represent only a small percentage of the diamond market, many countries across the globe are getting in on the action. Russia, for instance, is known for producing larger, high-quality lab grown diamonds, often with HPHT. India, a historically significant gemstone and jewelry player also has many smaller growing operations cropping up. Predictably, China is seeing the bulk of large-scale operations, accounting for more than half the world’s production at the end of 2019. And in the US a couple of producers are leading the way, including Diamond Foundry—the only certified carbon neutral producer of lab grown diamonds—and Maryland’s WD Diamonds, both of whom use CVD technology.

All Diamonds are Forever

Unless of course, you break them (that’s another lesson for another post)! But honestly, lab grown diamonds are the same atomic and molecular structure as natural diamonds. Which means they’re going to shine just as brightly, for just as long, giving you all the brilliant fire, scintillation, and sparkle of a natural diamond for typically a much lower price tag.

While you might think diamond labs are just chillin’, pumping out D flawless rocks with ease, the reality is quite different. The process is expensive! And despite the highly controlled environment, lab grown diamonds are subject to the same variables found in nature, which means you get the same range of color and clarity grades as a result.

Ultimately, choosing a lab grown versus natural diamond comes down to what’s important to you, and that’s a decision only you (or your significant other) can make.

How to Choose a Lab Grown Diamond

Considering a lab grown diamond? Check out our diamond search where you can view 360-degree images of more than 10,000 diamonds and don’t forget to zoom out (because size can be deceiving), or book a virtual or offline appointment at our New York salon to view certified lab-grown and natural diamonds in person.

Do sustainable diamonds exist?
A deep dive into diamond mining.