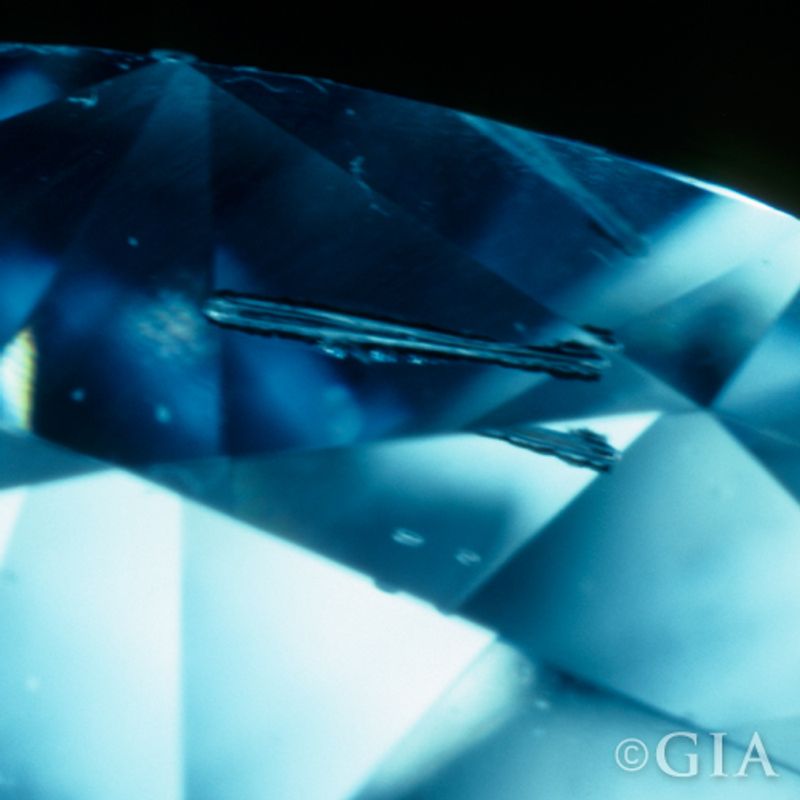 Do You Know Which Diamond Inclusions to Avoid?

Inclusions. They sound like a good thing but they’re not. Inclusions are small naturally occurring blemishes inside of diamonds. Diamond inclusions can block light from bouncing around inside your diamond, making it less brilliant. Almost all diamonds have them so you’ll want to know which are OK, and which diamond inclusions to avoid.

How Low Can you Go?

Clarity is the first C we recommend sacrificing. Most inclusions are difficult, if not impossible to see with the naked eye. As a general rule of thumb, you can drop down to a VS2 without worrying about the stone being eye clean. If you’re thinking about purchasing an SI1 diamond, or an SI2 diamond you’ll want to do your homework and ensure the inclusions won’t harm the integrity, sparkle or clarity of the diamond. And while step cut diamonds, like the emerald and Asscher, do let it all hang out, there’s no need to spring for a VVS clarity diamond, unless you want to — more on that here.

If the diamond inclusions are large enough, they can be seen by the naked eye. Generally, this means a stone’s inclusions ”cannot be seen with normal vision within a distance of 6-12 inches”.

The Hall of Mirrors

Diamonds are reflective by nature — that’s why they sparkle. But, that reflectivity also means a single inclusion can be reflected many times. These reflections multiply its appearance like a hall of mirrors. You’ll want to watch out for this, especially when it comes to black inclusions. A simple black crystal reflected infinitely inside your diamond, can appear much more heavily included then its grade lets on.

If you see these inclusion types listed on a diamond certificate you can take a deep breath and relax. None of these inclusion types pose a threat to the integrity of the diamond. Think of them like freckles, only microscopic. Now, that doesn’t mean they’re invisible, just that they won’t cause your diamond to chip or break.

Images courtesy of the GIA

Needles are typically small and undetectable.

Pinpoints are acceptable in small numbers.

Twinning wisps are ok when there are just a few.

Feathers are colorless and OK if they do not reach the girdle.

Now here’s where you’ll want to watch out. If you see the following diamond inclusions listed on a cert, run. Like a bad foundation, these inclusions can cause long term structural issues with the diamond that should best be avoided. Diamonds are hard, not tough. You may not think twice about cutting something with a sharp knife on a ceramic plate, but think how careful you are when placing it in the sink.

A hole in the diamond

A crystal inclusion which is generally visible.

Indicates that the diamond has had its clarity artificially enhanced.

A visible piece of the rough diamond’s original surface.

A twisted, or separated plane within the diamond

A chip in the diamonds surface

Shopping the Lower Clarity Grades and Unsure Which Diamond Inclusions to Avoid?

Email us with what you’re looking for at hello@frankdarling.com. We’ll curate a list of 5-7 exclusive stones that are just right for you.

What to avoid when buying an SI clarity diamond.