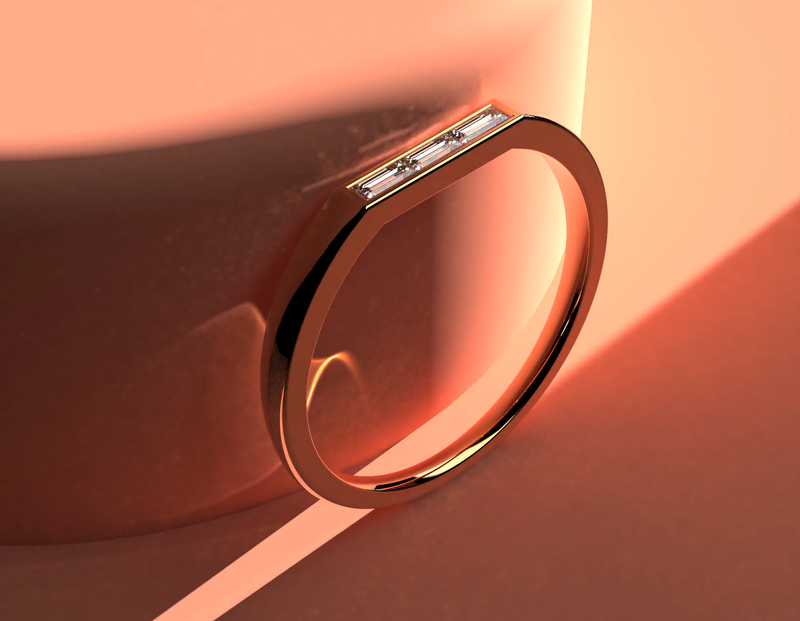 It’s time to Give Child Marriage the Finger

100% of Profits from The VOW Collection go to VOW to End Child Marriage, now through November 29, 2019. Let’s #vowforgirlstogether.

When we founded Frank Darling, we saw a moment when the conversation around marriage began to change. As we make difficult and halting progress towards true gender equality, the tradition of marriage can seem like an awkward fit in today’s world. We often define marriage by its restrictions and associate it with subjugation. But, the young couples we work with are changing what it means, finding partnership, equality, and shared experience. Today more than ever, marriage is a joint decision where love is given, not taken.

That’s why, when we were introduced to VOW,  we knew without hesitation that we wanted to work together to help end this.

Every three seconds a girls is married before she turns 18, many as young as 8 years old. Not by choice, but by tradition. By religion, by parental pressure, by a judge’s ruling, or by a surprise pregnancy — the reasons are many. That amounts to 12 million girls that are married under the age 18 every year. It happens around the world and in our own backyard. Marrying before the age of 18 robs girls of their basic rights to health, education, and safety, putting them at greater risk of violence and poverty.

“Teen brides are nearly three times as likely to have at least five children. Their chance of living in poverty is 31 percent higher. And they’re 50 percent more likely to drop out of school.” The Washington Post

Meanwhile, “every year, millions of couples celebrate their love by getting married and millions of their family and friends celebrate with them. In the U.S. alone, Americans spend $100 billion on weddings think invitations, wedding dresses, rings, venues, flowers, gift registries, honeymoons, and more all on saying “I do.” Vow to End Child Marriage

HOW YOU CAN HELP END CHILD MARRIAGE

The VOW Collection is four, stackable bands. Playful, brazen, serious. and creative — each ring makes its own statement, together they form an unbreakable strength. Made from 100% recycled metals and set with sustainably lab-grown diamonds, each ring is made by hand in New York City.

Now through November 29, 100% of profits from the VOW collection will be donated to VOW to End Child Marriage. Every dollar raised goes to support local organizations that are standing up for girls’ rights and preventing child marriage in Africa, Asia, Latin America and the Caribbean.

This holiday season, we ask you to join us in helping these girls create their own future. A world where they can choose if, when and whom to marry.

The VOW Butterknife Band — Starts at $140

Sharp on the eyes and soft on the finger. This band reinvents the traditional knife-edge to improve wearability, gently transitioning from a round comfort fit band to knife edge. 100% of profits donated to VOW to End Child Marriage.

Playful and precocious, the VOW Open Band celebrates the journey ahead. Six bezel set round diamonds chart the way. 100% of profits donated to VOW to End Child Marriage.